Another won tender! This time, ESKOM’s bid won in a procedure organised by PGE Dystrybucja S.A. Branch in Skarżysko-Kamienna. As a result of that decision, made on 11 September 2019, we are implementing the project entitled “Expansion of MDM system infrastructure for PGE Dystrybucja S.A.” Please note that the total value of the contract is gross 5.5 million. 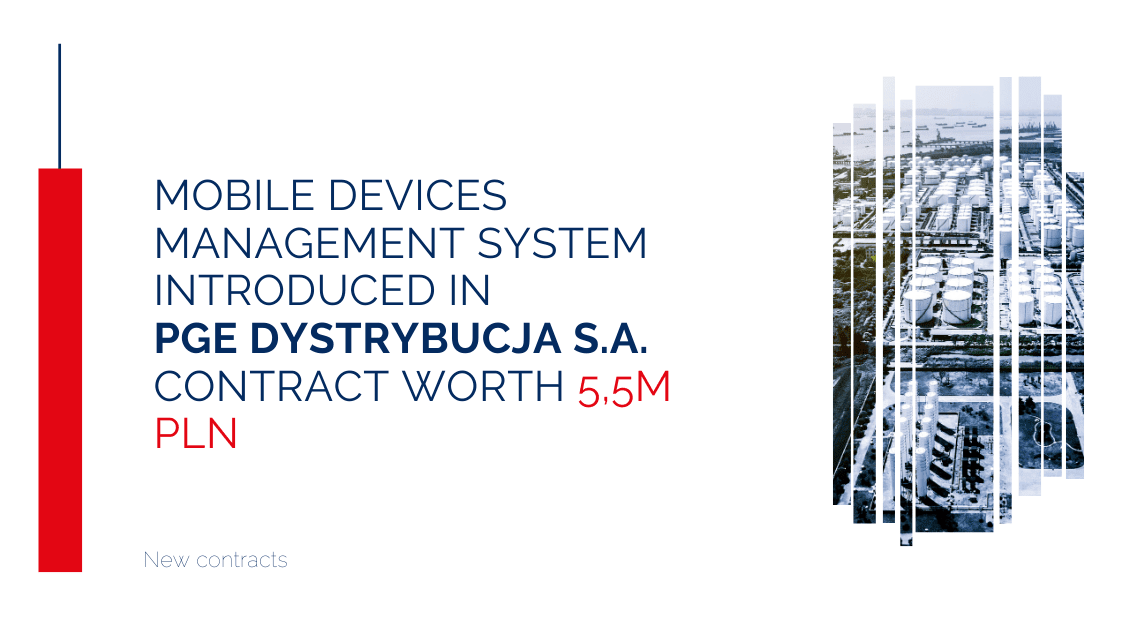 Under the contract, ESKOM undertook as follows:

ESKOM is one of the Polish companies with the highest partner status – HPE Platinium Partner. Close cooperation with technology leaders such as HPE and continued development of engineering skills are the priorities of the corporate development strategy. As a result, ESKOM keeps winning new contracts and acquiring new Clients.

EESKOM is much more than merely an IT infrastructure supplier. It is also a full package of IT outsourcing services, e.g. server management, cloud services, surveillance, IT security as well as dedicated IT solutions and applications.